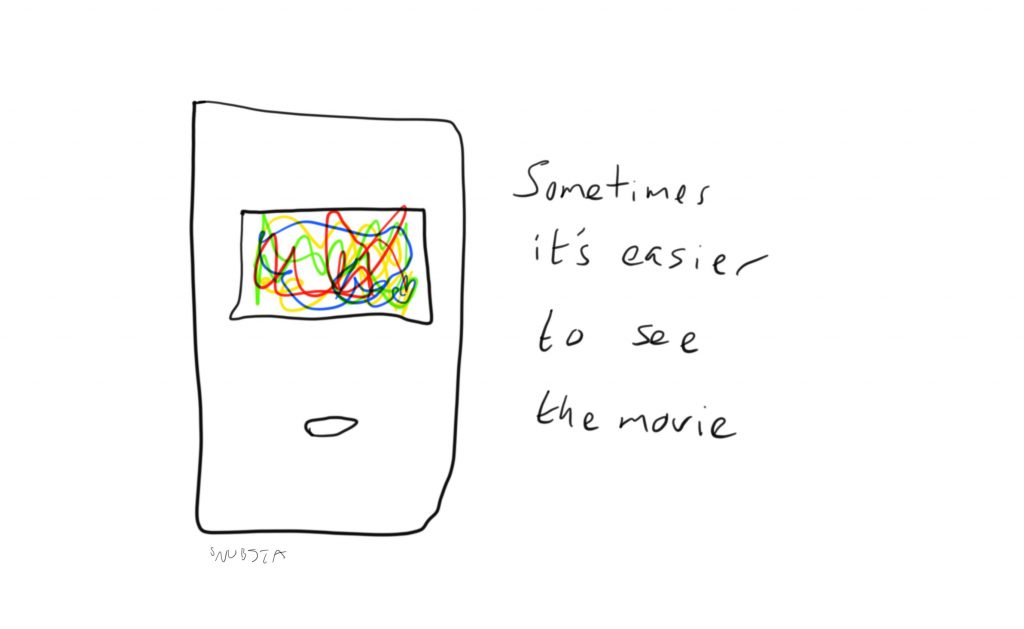 In the right conditions, the salt that gets sprayed on the road becomes a mist, which crusts the glass in an opaque whiteness. So you squirt the window to get a few seconds of clarity before it salts up again.

In that brief period, the view outside becomes sharp and bright.

Now that I’m in my late 40s, my eyesight is getting iffy. Small text works only at a distance.

So I got my eyes tested and – yes, the doctor proved it to me – that small text can be clear and crisp when I’ve got the right lenses on.

But I haven’t bought any reading glasses yet.

Theory, I guess, is easier than practice.

During this 21-day series I’ve noticed – often daily – that I’m not seeing right. I’ve caught myself telling stories – distorting reality – because that’s what my brain does. Indeed, it’s sometimes only by re-reading my own words that I’ve realized I’ve had crusty salt on my eyes.

It’s as if the old habits generate resistance. It’s more enticing to follow those old pathways and watch the old movies than to see things as they really are. Because seeing truth requires a bit of honesty. And that can be hard.

There comes a time – eventually and with enough practice – when we realize that in the long run reality is easier. That’s when we start to see clearly.

Until then, we live with the blur. And we put off buying the reading glasses.