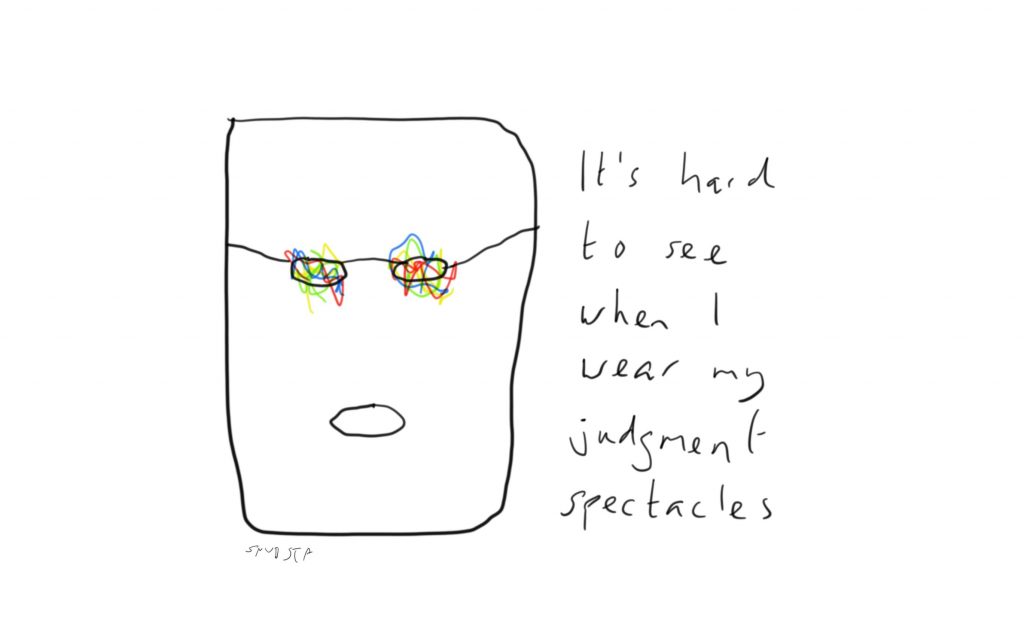 I’d been married only two years – and then I was in a room with the dead uncle.

It was the first time I’d seen a dead person. In my community back in England, the dead are hidden, put in a box and then slid away behind a curtain. They are barely talked about in case one’s emotions get the better of one.

This time, we’d gone to visit the uncle in Toronto but he died just before we got there. Never mind, into the room we went, along with his wife and children. He was lying in bed – quite dead. There were tears and there were jokes.

I was drawn towards staring at him, but then I felt embarrassed and looked away, as if I’d accidentally seen someone naked. So I stole glances as we waited for the undertakers.

Yes, he was still dead. He wasn’t kidding.

About a decade later, I found myself in an orchard in California early one Sunday morning. This stunted, scraggy old tree was covered in lichen. I started thinking: how wonderful it was that algae and fungus had got together to serve each other, giving the other what it needs. Neither would work on its own; only as a team did they prosper.

As I thought that, the world in front of me dissolved and I was filled with love.

I cried for the rest of the day then on the plane home I played Sarah McLachlan’s “Ordinary Miracle” on loop.

All this stuff happens – algae makes sugar to feed the fungus, uncles die – and we just need to look and be OK with it.

Easier said than done, of course. It’s the work of a lifetime.