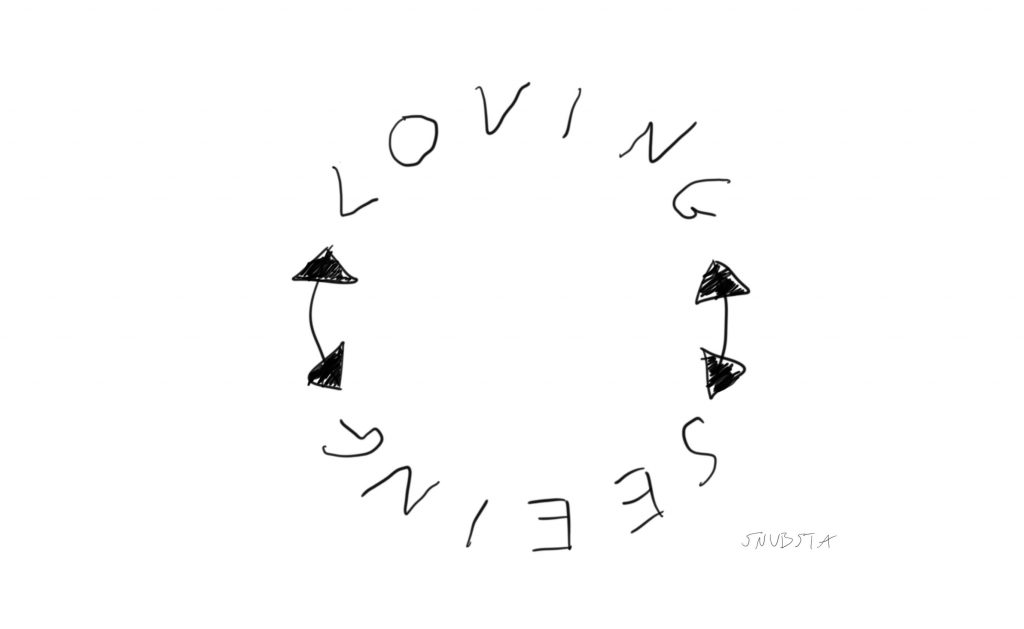 One Christmas, when I was six years old, I had a massive – existential – argument with my parents. I was sobbing on a stool in the kitchen while the turkey was roasting and the Brussels sprouts boiling.

I was tear-shooting upset at the injustice and indignity of a fight I deserved to win.

From the next room, my grandmother heard my cries. She took me onto her lap and hugged me. My tears dried and my sobbing stopped. Everything was OK again.

She and I formed a team three years earlier when my brother was born. She came to look after me – and I looked after her. “Granny’s little helper” showed her how to navigate the kitchen, pointing out where the pots and pans were stored. (Including the colander, which I had threaded with shoelaces one day while sitting on the kitchen floor.)

She was with me when I made the move from only child to “big boy,” with the responsibilities of an older brother.

Later, she would thrust 20 pence pieces into my hands – money she’d hidden from my grandfather’s eyes. “You don’t like ice cream,” she would say with a wink, knowing the seafront shop was where I’d be heading for a vanilla cone and chocolate flake.

As the years went on, I grew into a distant teenager. Hugs and ice creams weren’t the draw they once were. I was busy with school and friends.

Then, when I was 19 and she was in her 80s, two brain operations under her belt, she was too frail to stay in her house. She went to a nursing home.

From 150 miles away, I visited her only sometimes.

The final time I was with her, she was in bed with her eyes closed. My mother said to her, “Simon’s here,” and I noticed a flickering underneath her shut lids.

Even then she saw me.