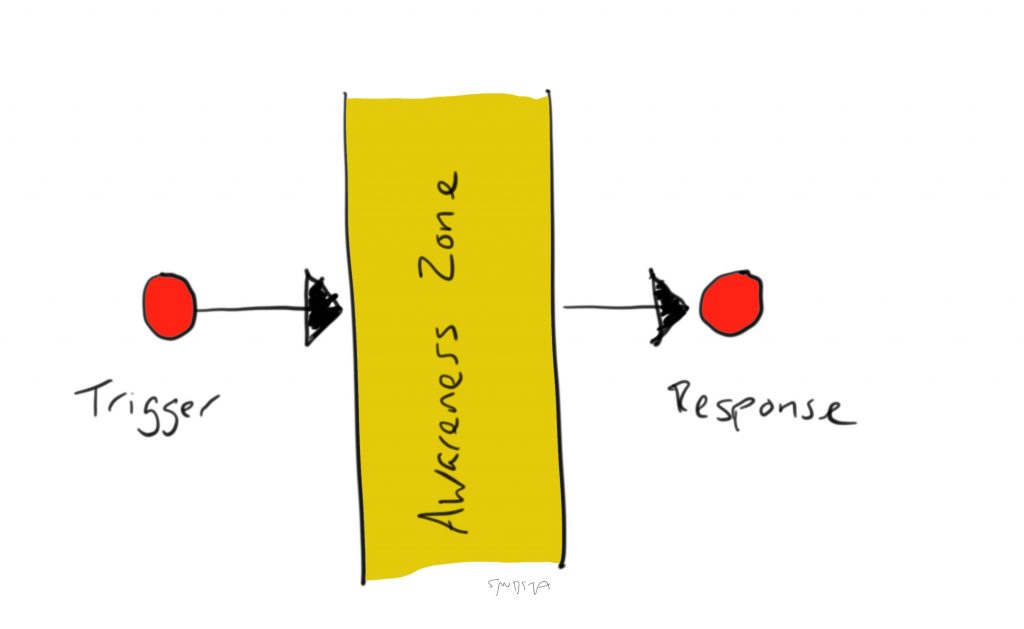 Childhood holidays were a five-hour hot slog up the motorway – with a stop for tuna sandwiches on the way – to camp in a field in Yorkshire or Cumbria or Dorset.

They were the best vacations a child could ask for.

But without fail on arrival, I would have a tantrum: An unquenchable meltdown of words and tears.

Until eventually I would burn out and we would eat sausages and beans.

I don’t know if it was tiredness or being cooped up in the car or low blood sugar – or perhaps it was the shock of a new place, uprooted from my familiar setting into, well, a field. It just happened automatically. Trigger… response.

I haven’t quite grown out of this. Many times on arrival in a fresh city, in a new hotel room, I’ve spat angry words.

I’ve got better, though. The key was to shine awareness on the gap between the trigger and the response; to add enough space to say: Hang on sec, I know what’s going on here – you’re in a new place and you’re in meltdown territory.

The more I practice looking – seeing my mind doing its automated thing – the easier it is to stop the click-whirr.

Not always – there have been moments during this virusey time when my awareness has been blind. And that’s OK.

But I’m practicing, which is all we can ask of ourselves.