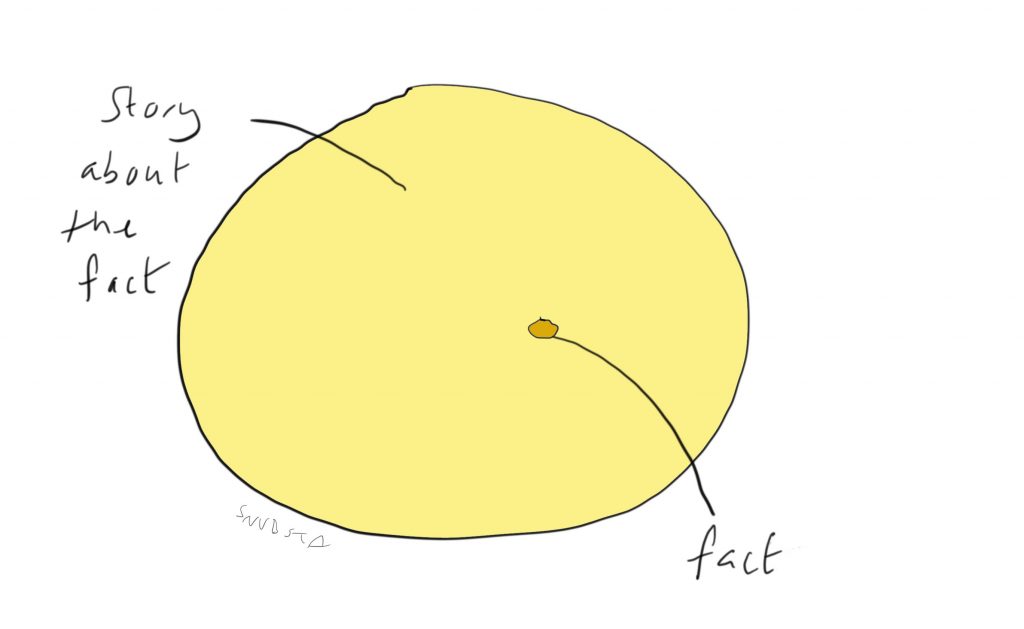 One day when I was about seven years old, our next-door neighbour put a boat on his front lawn. There it sat, marooned with – most critically – its propeller-end sticking out into our driveway.

What was it doing there? I have no idea – except it caused much discussion around our kitchen table.

(Mind you, the good thing about the sudden arrival of the boat was that it replaced the red and white garden gnomes, which had sat plotting in a grassy circle for years.)

This giant boat was accompanied by a giant car. And in our narrative, the boat and Daimler were there to project their owner’s success and richness.

That was something quite unacceptable.

Indeed, the world’s shiny objects – the BMWs (the pin-up car of all that was wrong with the world), the massive houses – were seen as objects of ridicule, their purchasers to be pitied. What’s wrong with that person that would make him want to waste his money on such nonsense?

As a child, I was never one for the latest toys. I simply wasn’t interested in Star Wars, Scalextric or those Chopper bikes with the Hells Angels handlebars. To me, they were silly things for silly kids. I had my museum, my stamps and my leather bookmarks (collected from Stately Homes and nature reserves across the United Kingdom.)

Many years later, after much resistance, I took a test drive in a BMW. As we hit the off-ramp from the Toronto highway at 100km and followed the road’s curve, the G-Force was exhilarating. This car, I decided, was actually pretty nice.

In recent years, I’ve used airline points to fly business class across the Atlantic, ensconced in a pod with a lie-flat bed, giant TV and dinner on white china plates with real metal knives and forks.

This, I decided, was something I could get used to.

But it wasn’t something I wanted to be seen doing.

It makes me think: was our neighbour showing off his boat and car, or did he just love them?

And did I really not like the latest toys and bikes, or was I just wanting to be seen as superior, living my seven-year-old days precociously aware how rampant capitalism ruins futures when it encourages the illusion of happiness via consumption?

Instead, maybe I should simply see these things and forget about inventing stories about them. Because – after all – the things are real and the stories aren’t.