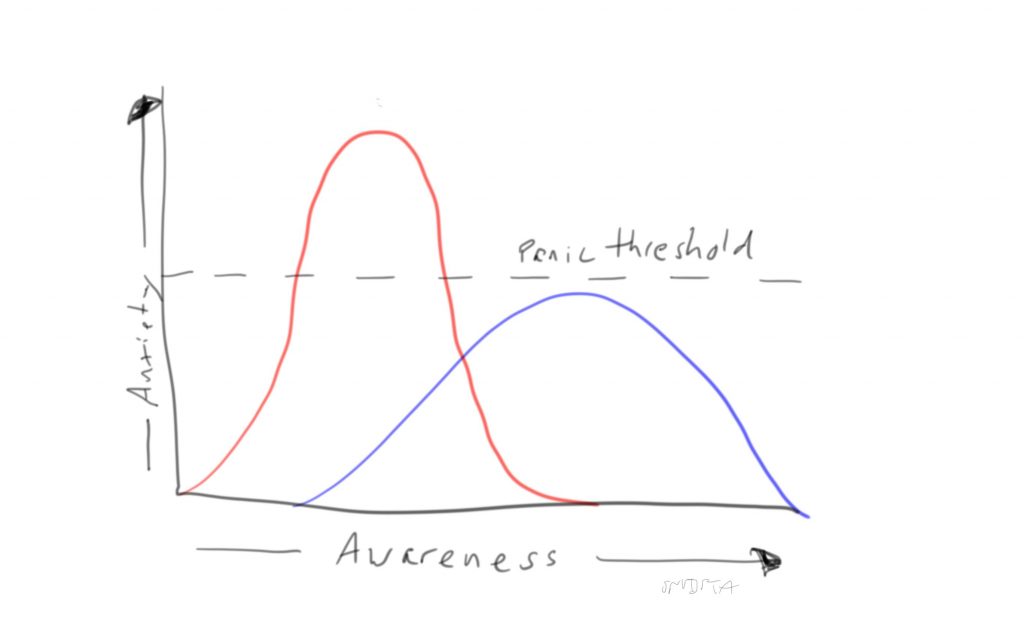 When I was eight years old, I went on a school trip to the British county of Derbyshire. Our youth hostel was in spitting distance of the village of Eyam, which in 1665 quarantined itself to stop the Bubonic plague spreading elsewhere.

But let’s gloss over that for now.

It was one of my first overnights. I remember a seeping tide of bedtime discomfort in the dormitory of loud, jumping boys.

I ignored the feeling for a while, but then something snapped and I burst into tears. From then on, all I noticed was my hot, wet face – and shame.

It took a teacher in a fuzzy sweater to calm me down.

Two weeks ago, I was sitting in the passenger seat, scrolling through the news and its stories of curves and projections about our health and our economy.

When suddenly, I felt like I had been hit in the chest. I let out a wail – the sound of panic. It was as if the floor I’d been standing on had disappeared.

But this time there we no tears. I caught myself.

I paused. I breathed. And life went on.

There’s a gap between trigger and response we seldom notice. For the most part, we go from one to the other, like the switch that turns on the light.

But if we practice noticing – if we look at our minds like a detached observer – we can see that gap… and use it to decide how we want to respond.

That’s what happened in the car. I got a reality check and broke the circuit.

That – despite the brief wail of panic – was a massive win.

Because it’s the noticing that counts.