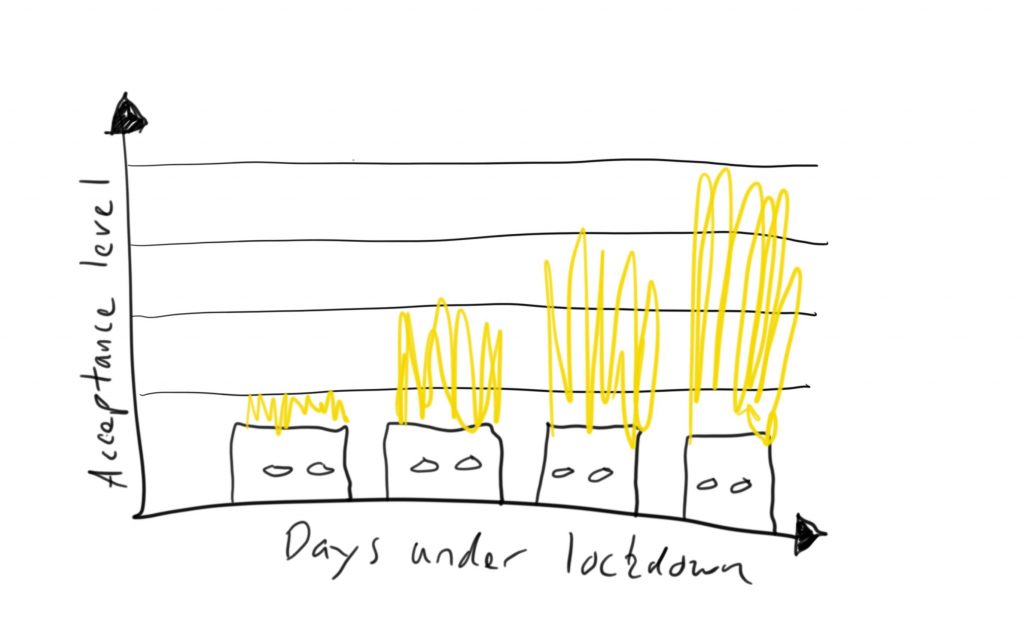 I was no exception. I let my locks storm upwards and outwards, a hormone-powered thicket of bouncy wire.

At the age of 17, I wrote an article for a computer magazine called 8000 Plus. They published my picture next to it. I was a geeky Rick Astley.

As the decades rolled on, hair got shorter. And so did mine. A number three on the sides, a little longer on top. Job done.

I was three weeks into my six-week haircut cycle when they shut the salons. Three weeks would be OK, I said. Maybe even five. Any more, and something would have to be done.

That countdown was a fountain of stress. I worried about the future me: back to the 80s in 2020.

But then one day, I said screw-it. Let it grow.

And while I don’t love my big hair, I’ve accepted it. Deal with it and use conditioner.

There’s a bucket of anxiety when I wish something were other than it is. Maybe the secret is to a care a little less.

When I loosen my grip on caring, the world can’t bother me. I see the OKness at the root.

The trick is to remember that.

This is one of series of emails and cartoons on the stuff of life. Get them in your own inbox at https://snubsta.com

← Together but separateMore of less →