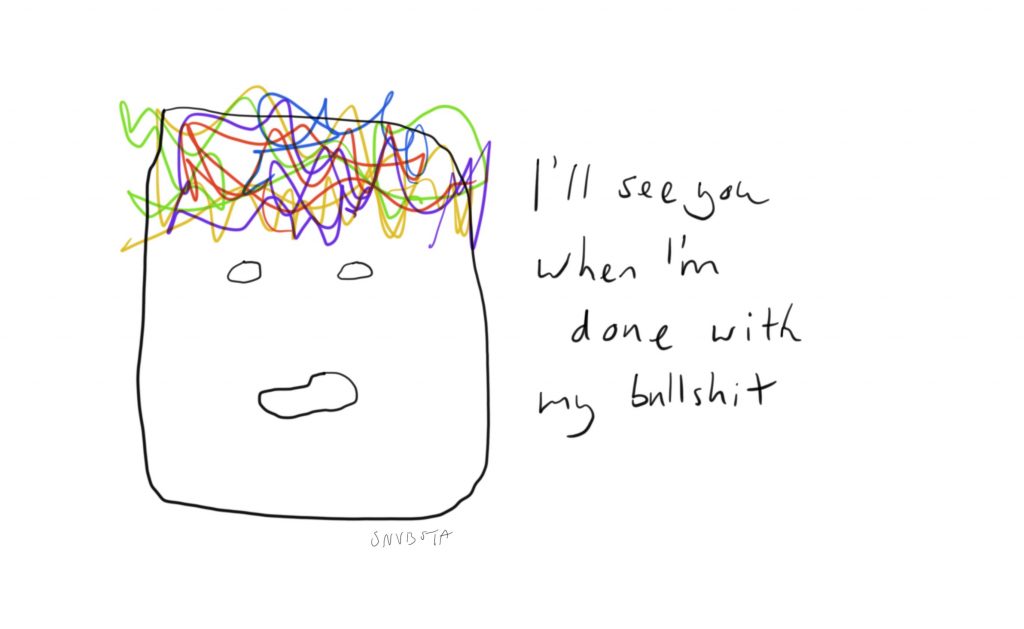 Last Tuesday, Dave (not his real name, let’s protect the guilty here) assured me he was happy in his job.

And that caused a problem, because the business I co-own had no one to run it.

It also caused considerable anger: he had committed to stay until the end of 2020.

And more, it caused considerable pain-in-the-assness, because in 10 days, I will be stepping into his shoes, in charge of sales, HR, finances and other general business-related bullshit.

This whole turn of events, as you can imagine, required some processing. There was the denial (this can’t be happening, you said you were happy and staying until December), the anger (you said you were staying until December, goddammit, where’s your integrity?), the bargaining (what if we change your job so you will be happy?), the depression (I hate this situation and I don’t want to deal with it), and the acceptance (so this is how it is, let’s just get on with it.)

One thing I’ve learned since practicing mindfulness and meditation is, the sooner you get to the acceptance stage, the better.

The rest is sound and fury.

If we can see that, without the narratives and excuses – if we can really see what is happening – we make life much easier for ourselves.

What really matters is we see reality – the narratives aren’t real.

And reality isn’t nearly as bad as we would have ourselves believe.

← Just love and deathIn the eye of a bird →